Our 1st District Legion has a team that meets with the Veterans at the Northville Brookdale facility monthly to provide them some companionship and swap stories about their service and life. Our team is composed of American Legion members from Post 147, Post 32 Honor Guard, and American Legion Auxiliary Unit 147. Brookdale has ten members in the facility who served in WWII or the Korean War. These Veterans helped our country by serving in the Army, Air Force, Marine Corps, and Navy. On Friday, January 31st, 1st District Adjutant Gary DeMars presented an American Legion Honor Certificate to a U. S. Air Force Korean War veteran to thank him for his service. 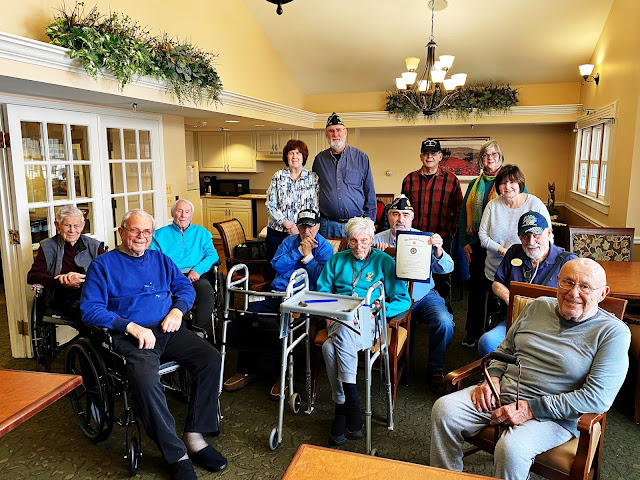